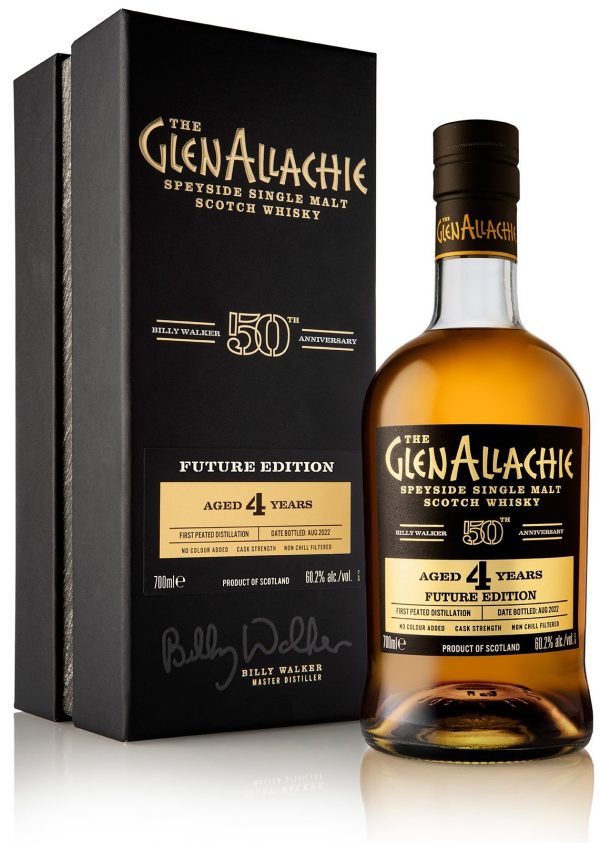 In celebration of Master Distiller Billy Walker’s half-century long career in the whisky industry, we are delighted to unveil the final bottling in The Past, Present and Future Series: The GlenAllachie 50th Anniversary Future Edition.

Not only is this 4-year-old single malt our first peated release, but also the first ever distillate produced under Billy Walker’s ownership of The GlenAllachie Distillery. Hinting at future endeavours, this expression has enjoyed a lengthy fermentation of 160 hours. The resulting ester-rich and fruity spirit was then matured in former Rye and Bourbon barrels, as well as some virgin oak casks. Made with mainland peat, this amber-hued spirit offers up a distinctively smoky yet sweet flavour profile bursting with sweet cinnamon apples alongside smouldering oak.

Presented at natural cask strength of 60.2%, with no added colour or chill filtration for maximum flavour.

Check availability at a stockist near you. 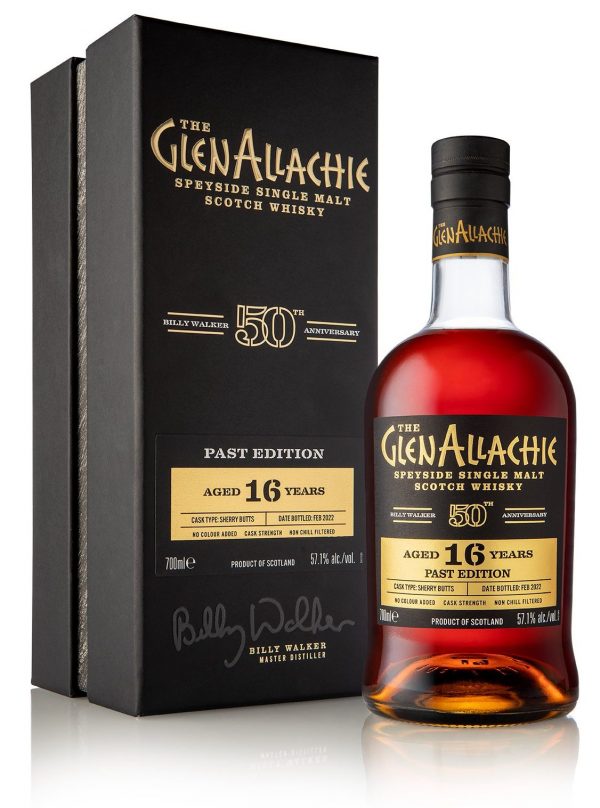 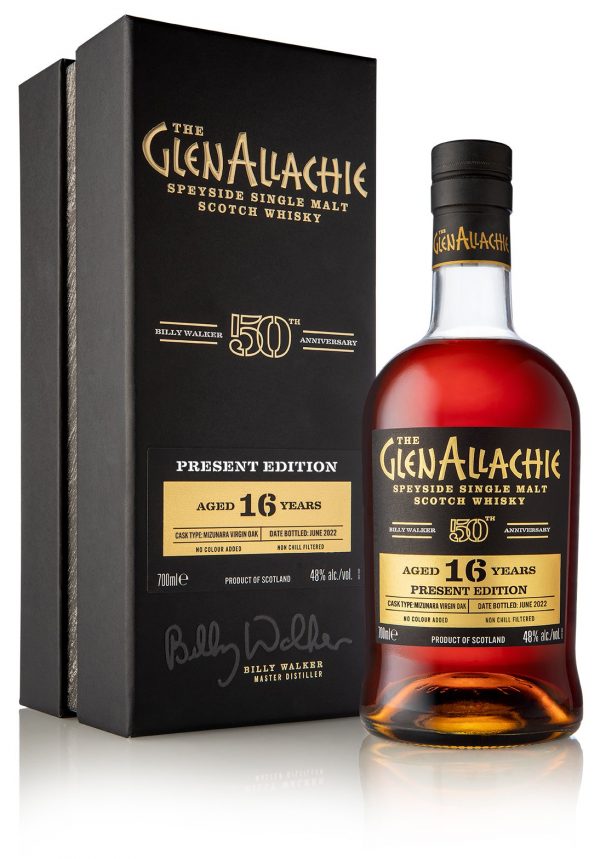