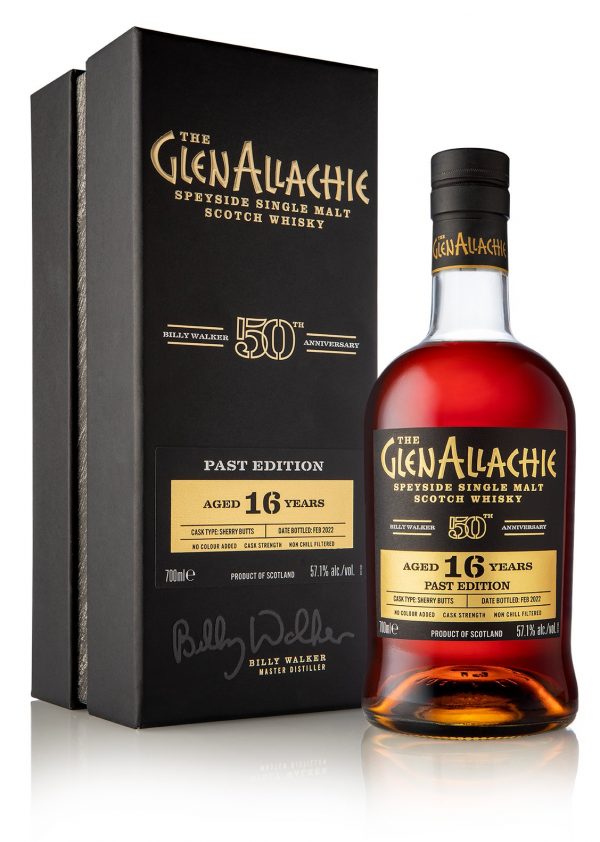 In celebration of Master Distiller Billy Walker’s half-century long career in the whisky industry, we are delighted to unveil the first in The Past, Present and Future Series: The GlenAllachie 50th Anniversary Past Edition.

This bottling represents Walker’s past when he made a name for himself by releasing heavily sherried expressions to great acclaim. A combination of nine 2005 vintage Spanish Sherry butts, this 100% Sherry matured malt is overflowing with rich espresso, heather honey, glazed figs and sweet spices.

Presented at natural cask strength of 57.1%, with no added colouring and non chill filtered for maximum flavour.

If you want to know more about our whisky - please get in touch.