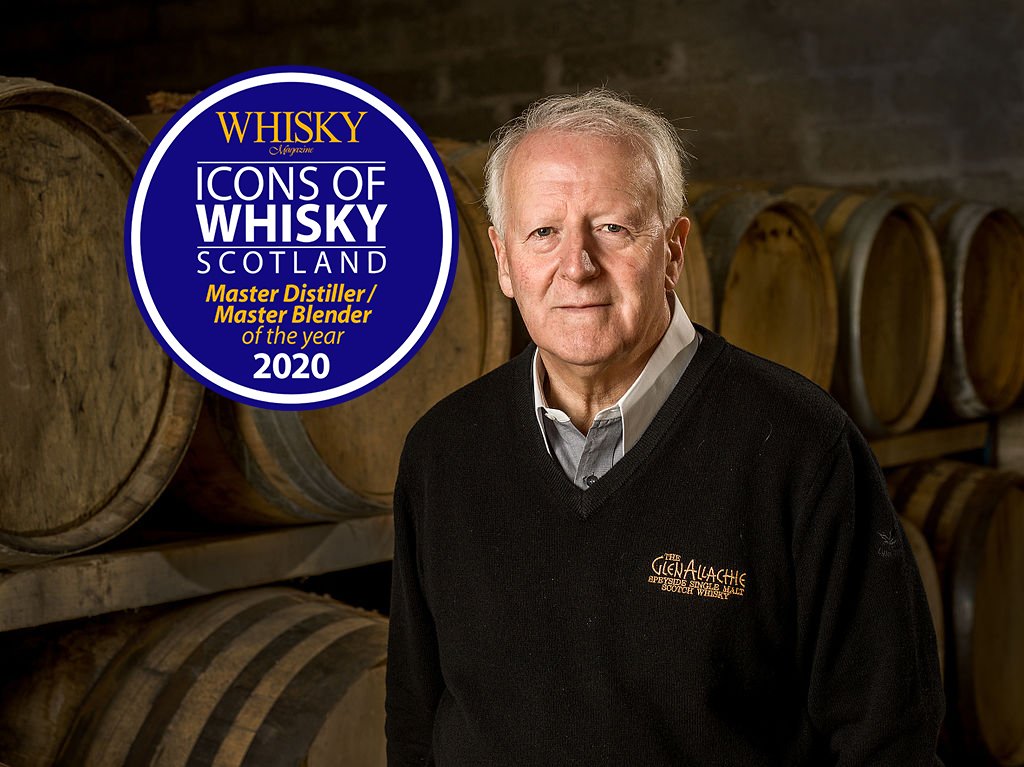 The GlenAllachie Distillery has capped a particularly productive and successful year with another award win, with our co-founder Billy Walker being awarded Master Distiller/Master Blender of the Year at the Icons of Whisky Awards. Our visitor centre was also Highly Commended in the Visitor Attraction of the Year category. 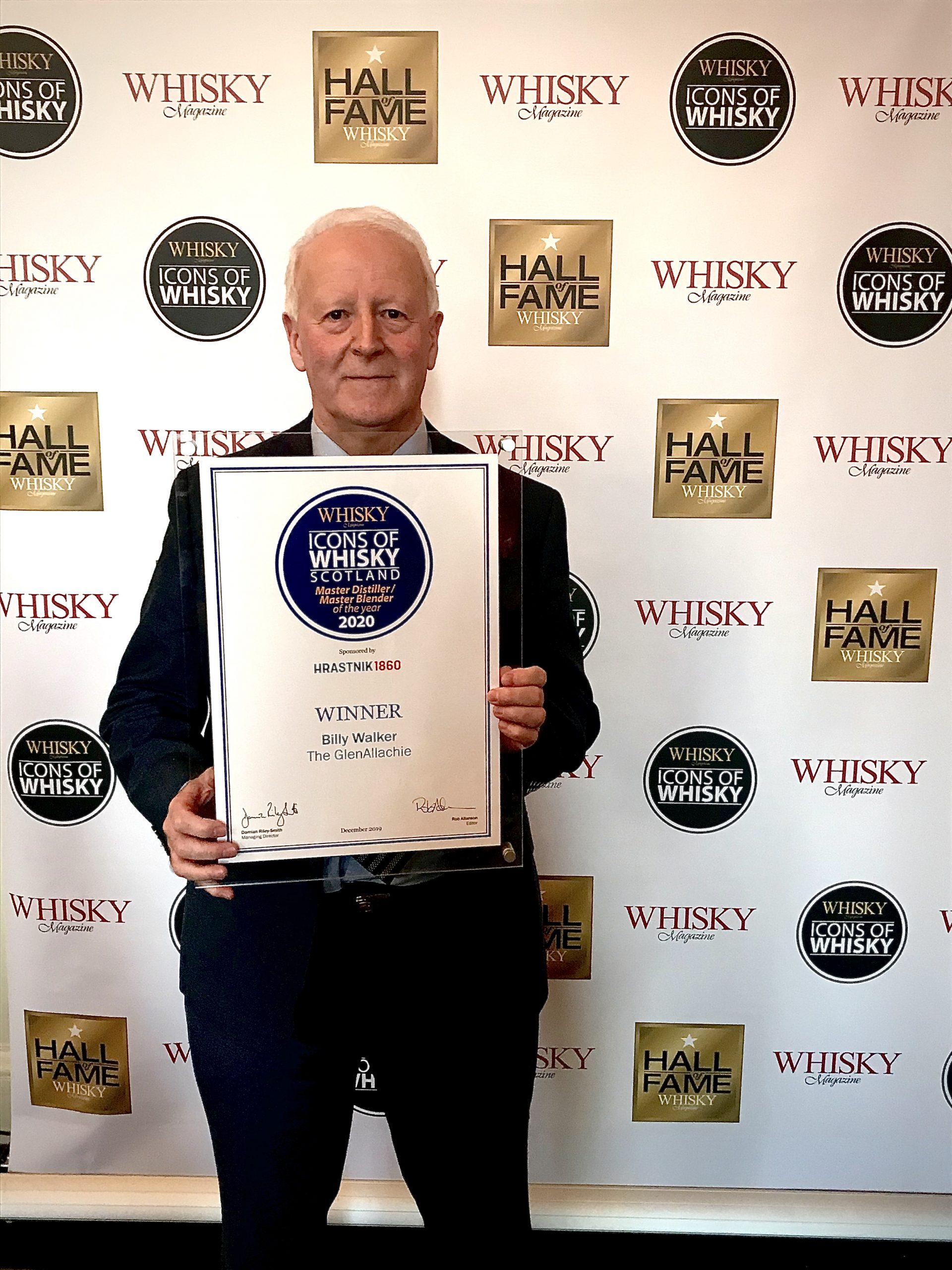 Walker said: “I’m over the moon to win this prestigious award, it’s a wonderful way to round off the year. When we first acquired the distillery, I knew it had massive potential. It’s been hugely exciting to be part of its reawakening and share our outstanding single malts with the world.

“I’m particularly pleased that the visitor centre was Highly Commended. We’ve only been opened to visitors for just over seven months, and we have a growing team who deserve recognition for the work they’ve done to put The GlenAllachie back on the map.” 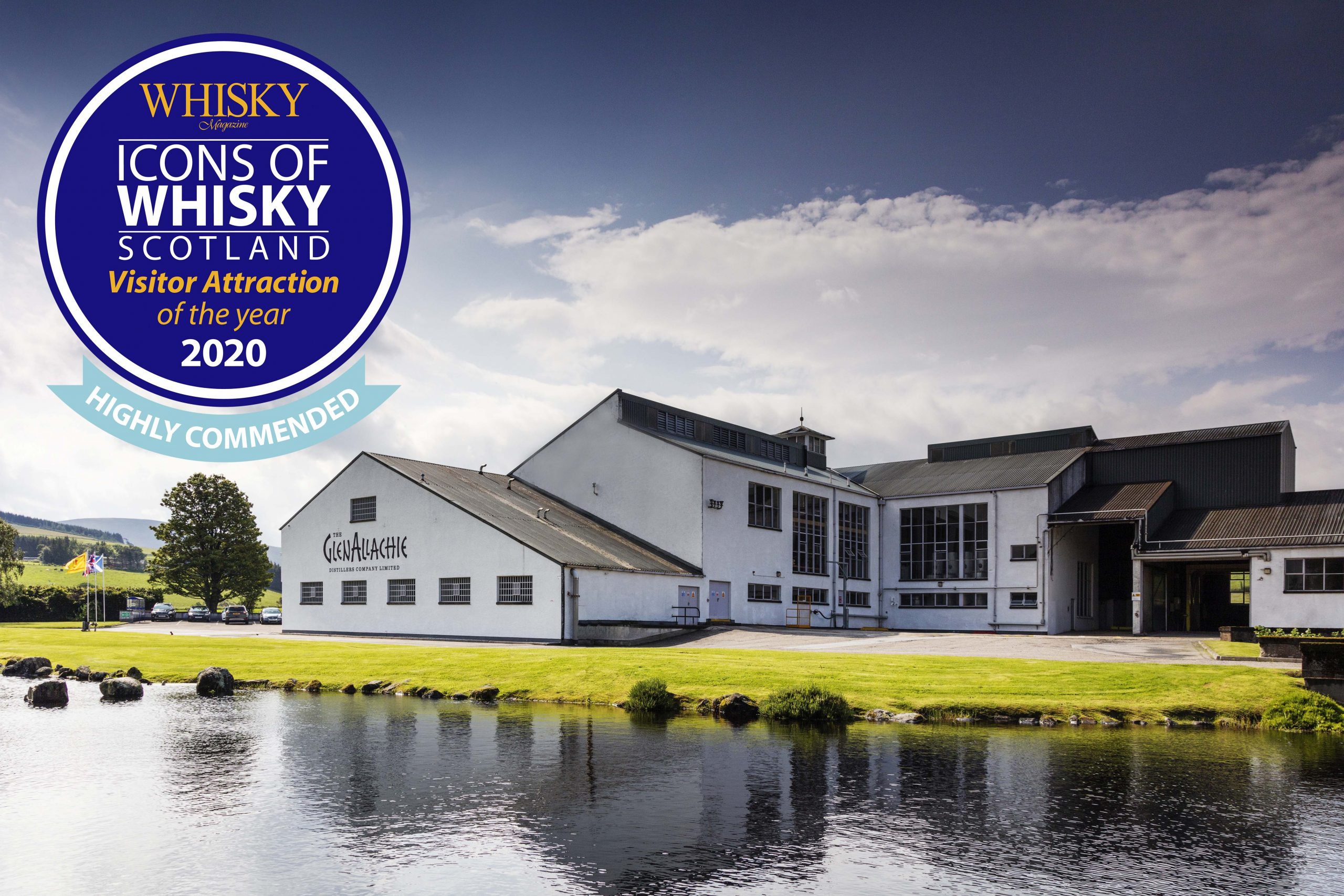 It’s been a remarkable rise to prominence for us since Walker and co-founders Graham Stevenson and Trisha Savage took over in 2017. Before then, the distillery was relatively unknown and focused on producing malts for blends.

Since then, we have built The GlenAllachie into a global independent whisky brand through a series of single and blended malt releases, and by opening the distillery to the public for the first time in its history.

The run of releases began in March 2018 with a special bottling of limited edition single cask whiskies to mark the 50th anniversary of the distillery’s maiden production run in 1968. The GlenAllachie core range was unveiled in July, followed by a batch of single casks in November and the launch of MacNair’s Lum Reek, a blended malt Scotch whisky.

In May 2019, we unveiled our visitor centre and shop, opening the distillery up for tours for the first time in over 50 years. In July, we revealed our first Wood Finish range, which comprises three expressions. The following month, we added a 15-year-old single malt to our multi award-winning core range.

In October, two years to the day since we acquired The GlenAllachie Distillery, we launched Batch 3 of our Cask Strength series, and a new collection of five UK exclusive single casks.

Our team has also grown – in the last two years, the headcount has risen from 7 to 22.

Good News For The GlenAllachie to Keep Spirits High