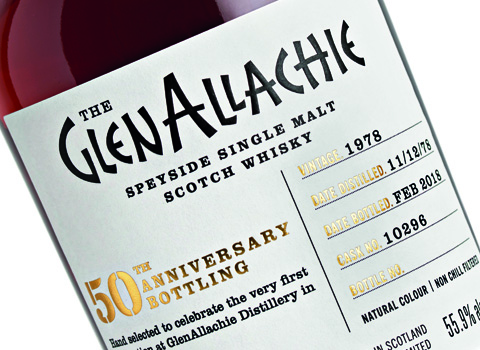 Our Master Distiller, Billy Walker, who last year led our purchase of The GlenAllachie Distillery near Aberlour in Speyside, is releasing a special bottling of limited edition whiskies as his first product launch from the site after examining casks of world-class Scotch in its warehouses.

The single cask bottlings are being released ahead of the launch in June of the full GlenAllachie range, which will mark the first time we have had our own cohesive identity as a brand.

GlenAllachie was designed by William Delmé-Evans – the architect behind Jura, Macduff and Tullibardine – and was built in 1967 by Mackinlay McPherson, the distilling arm of brewer Scottish & Newcastle.

Our distillery has four stills and, unusually, two separate spirit safes, one for each set of stills.

Mr Walker, who sold BenRiach Distillery Company to American producer Brown-Forman in 2016, said: “Even though GlenAllachie is one of the younger distilleries in Scotland, we are very fortunate in that we have casks of whisky stretching back to the early 1970s, in the first years after the site opened.

“The past few months since we bought the distillery and its stock have been so exciting for the whole team.  I’ve been able to try samples from some really remarkable casks of Scotch and to study how the spirit has evolved over time.

“I’ve been involved in distilling whiskies for much of my forty-year career in the industry, but I’ve seldom come across such a high-quality collection of casks.”

Mr Walker, who was named Entrepreneur of the Year at the 2016 Scotland Food & Drink Excellence Awards, added: “GlenAllachie has always been prized as an important blending ingredient, not just by Chivas Brothers but also by other whisky companies, which would buy casks to add to their own blends.

“What’s particularly exciting about these special-edition single cask bottles is that we’ll be able to demonstrate the really high quality of GlenAllachie as a standalone whisky.

“GlenAllachie produces a much more muscular spirit than many of the other distilleries on Speyside and so it works well with lots of different casks, whether they’re American oak barrels and hogsheads or European sherry butts.

“Discovering these hidden gems in the warehouses has given us a great opportunity, not only to give whisky connoisseurs a taste of what’s to come later this year when we launch the full GlenAllachie range, but also to celebrate the half century since this very special distillery first fired up its stills.

“Why wait when it’s ready to be enjoyed by the world?” 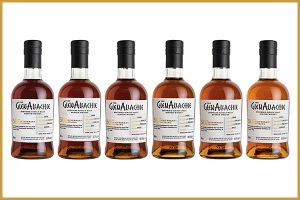