In October 2017, Billy Walker, Trisha Savage and Graham Stevenson came together to purchase the GlenAllachie Distillery. With over 100 years’ experience between them, many would have expected our three veterans to retire. They’re just getting started… Find out more about Billy and our wider Distillery team below. 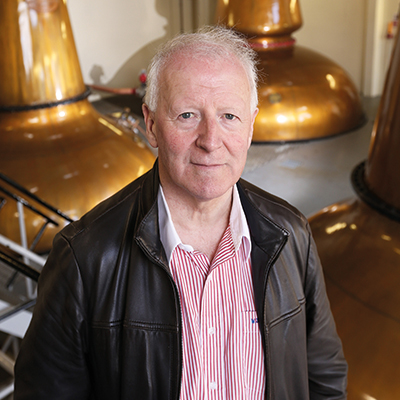 Billy is one of the most recognisable characters and respected Master Blenders within the Scotch whisky industry. During his 40 year career, he has been responsible for the creation of award winning whiskies and has been involved in the acquisition and resurrection of several single malt whisky distilleries. After selling The BenRiach Distillery Company in 2016, Billy wasn't quite ready to retire so quickly assembled a team to start a new journey with The GlenAllachie distillery, with the simple aim of making great whisky and having fun. 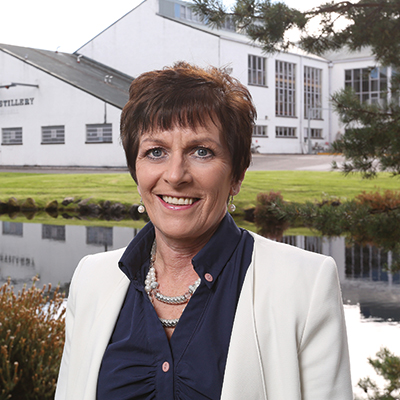 Trisha has worked closely with Billy over the last 30 years and has played a key role in the acquisition and resurrection of a number of distilleries in her career. Trisha brings invaluable experience in all aspects of bulk stock management, administration, compliance and general management having been closely involved in a similar start-up company. When the opportunity to start a new journey with GlenAllachie came along Trisha was on-board straightaway. 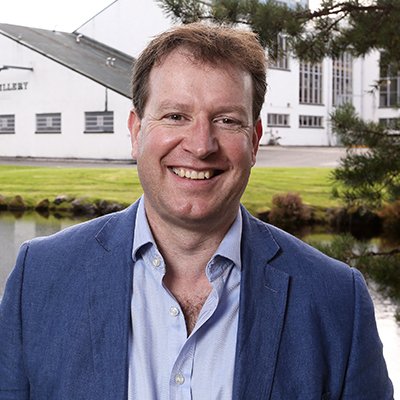 David’s career in the drinks industry began over 25 years ago with specialist retailers The Whisky Shop Group. During the following two decades he has worked in a variety of roles with a number of branded drinks companies ranging from Scottish and Newcastle and Diageo to privately owned distilleries such as Bruichladdich and BenRiach. His current role is Sales and Marketing Director for The GlenAllachie Distillers Co Limited. 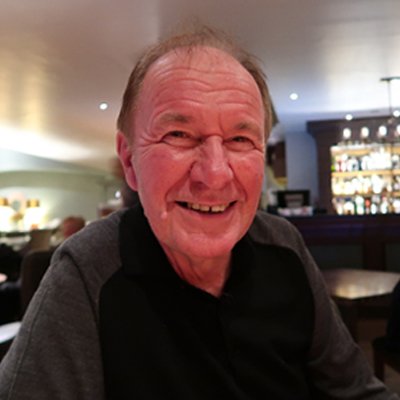 Alan has worked with Billy & Trisha over the last 13 years, previously having served as Financial Director in both Paper and Plastic Injection Moulding Industries. Alan oversaw the financial growth of BenRiach Distillery Co, being involved in three acquisitions and the ultimate sale of BenRiach. 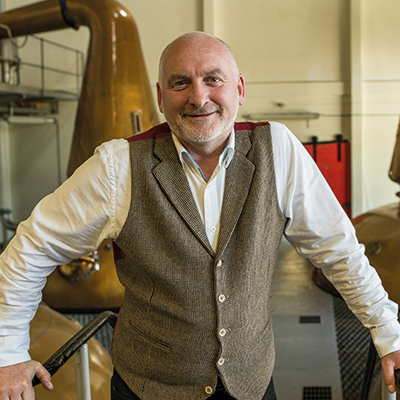 Richard has a wealth of experience across a number of areas of production in Scotch whisky, having worked at The Crisps Maltings Group and more recently developing distillery projects in Scotland, Ireland and the US. Having started his career at The Speyside Distillery, Richard is now returning to his geographical roots and has the dedication to bring GlenAllachie back to life. 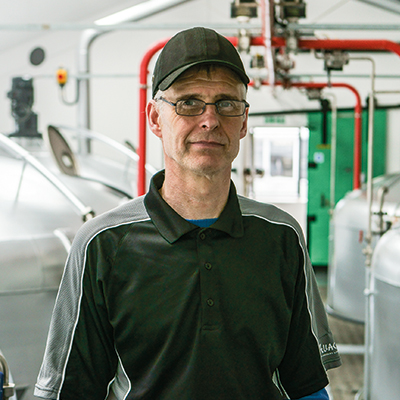 Phillip is a man of few words - 'After spending a few years working in a bank I found my way into the distilling industry. That was in March 1985 and I'm still here." 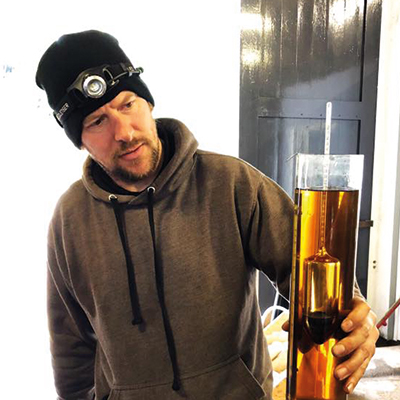 When Billy Walker bought GlenAllachie back in 2017, Lindsay jumped at the chance to join GA the team, having worked together for over 12 years. He was involved in all aspects of warehousing and often dabbled in taking tasting tours prior to working with GlenAllachie, so it was vital that we brought him on board to manage our 16 warehouses – not a job for the faint hearted – and teach us a thing or two. 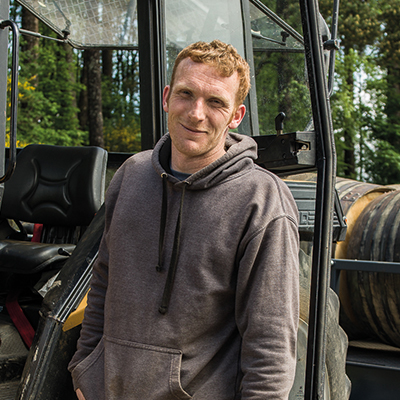 Before joining GlenAllachie Distillery, Willy worked as a supervisor at Speyside Cooperage, home of the ancient art of coopering. Here he learned all about different cask types used in the whisky industry and how important wood is in the whisky making process. His knowledge is imperative to us here at GlenAllachie. 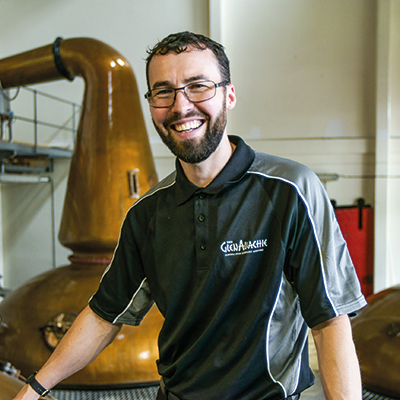 In 2011, Mike started his own tour company chauffeuring visitors around whisky distilleries in his beloved home turf; Speyside. This is where he found his passion for production and began his career with Ballindalloch Distillery; working alongside our very own brewer, Phillip. When the opportunity arose to work alongside Billy and Phillip on the new GlenAllachie adventure, Mike jumped at the opportunity and has never looked back since. 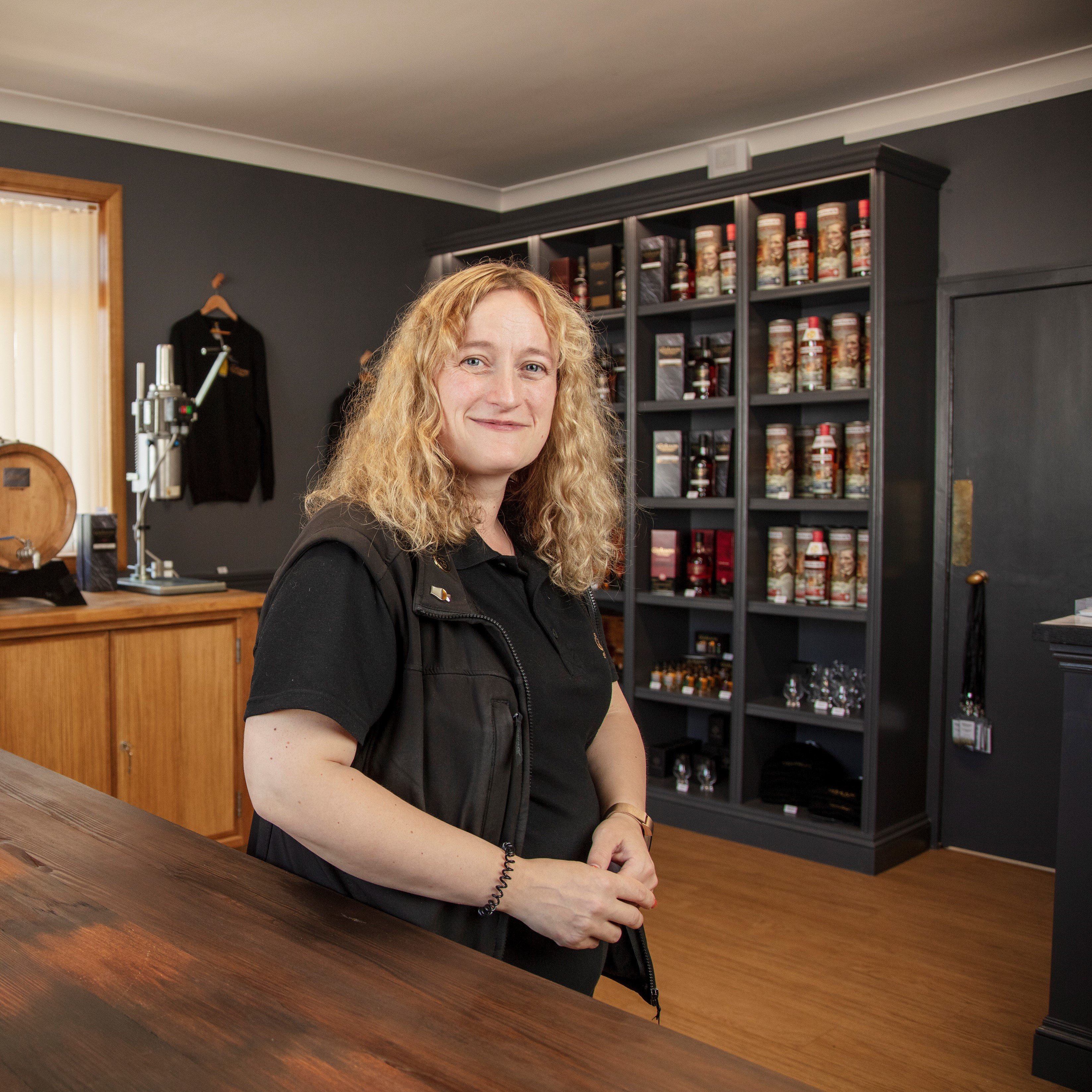 After working for Billy at Glendronach for over 8 years, Karen was delighted to be invited along to start up and manage the visitor centre at GlenAllachie, where she now takes pride in promoting GlenAllachie to customers old and new. Karen loves the fact that people have followed her on her new journey and is excited to be part of an amazing team with fantastic whisky! 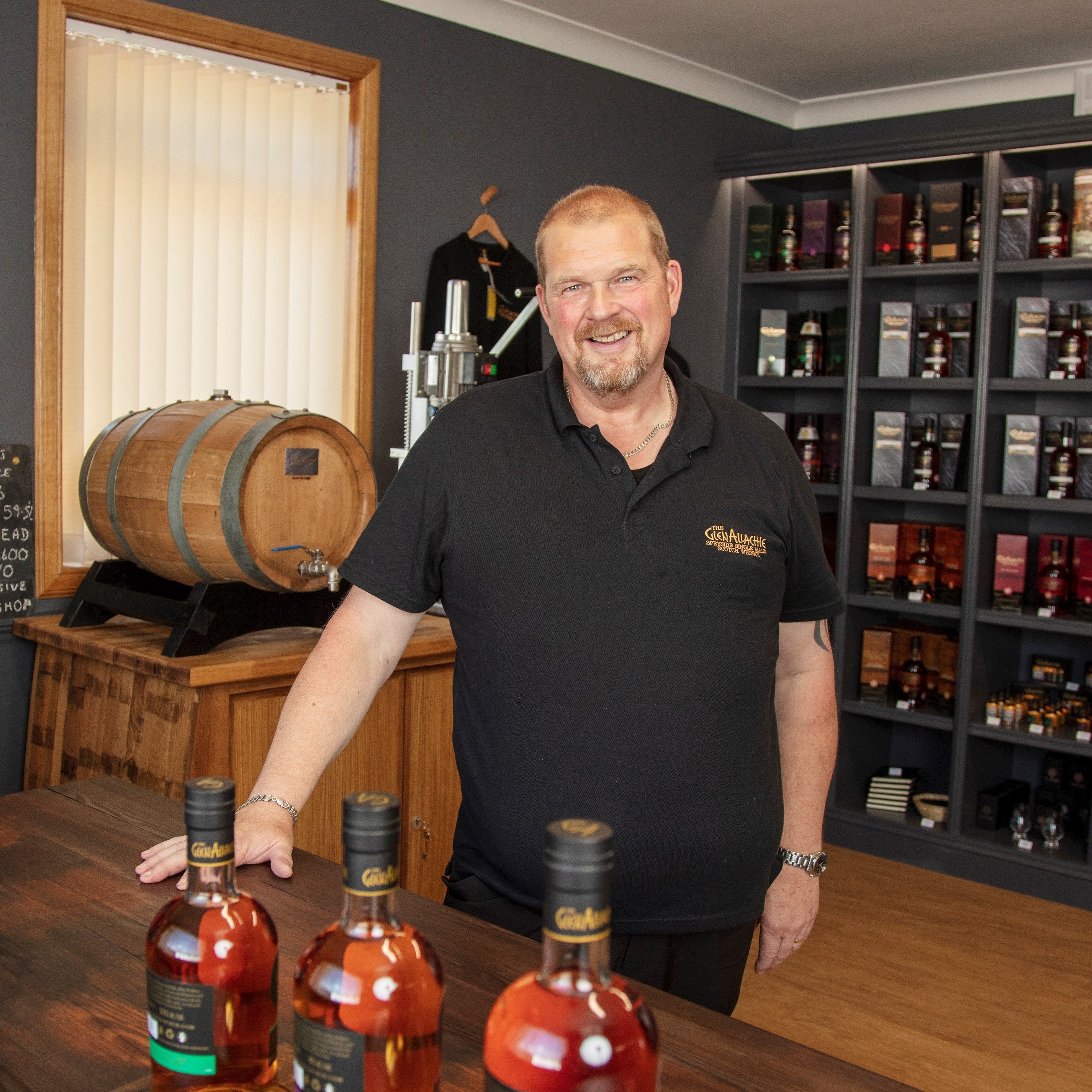 Graham has over 40 years experience in the whisky industry. He initially worked for 17 years in a maintenance role for plumbing, heating and engineering then joined the warehouse/maintenance team at a local Distillery, occasionally helping in production. He soon became production supervisor and progressed to production manager for a number of interesting years. In 2019, Graham was offered the opportunity to join Team GA, and is honoured to promote such a great independent whisky distillery. 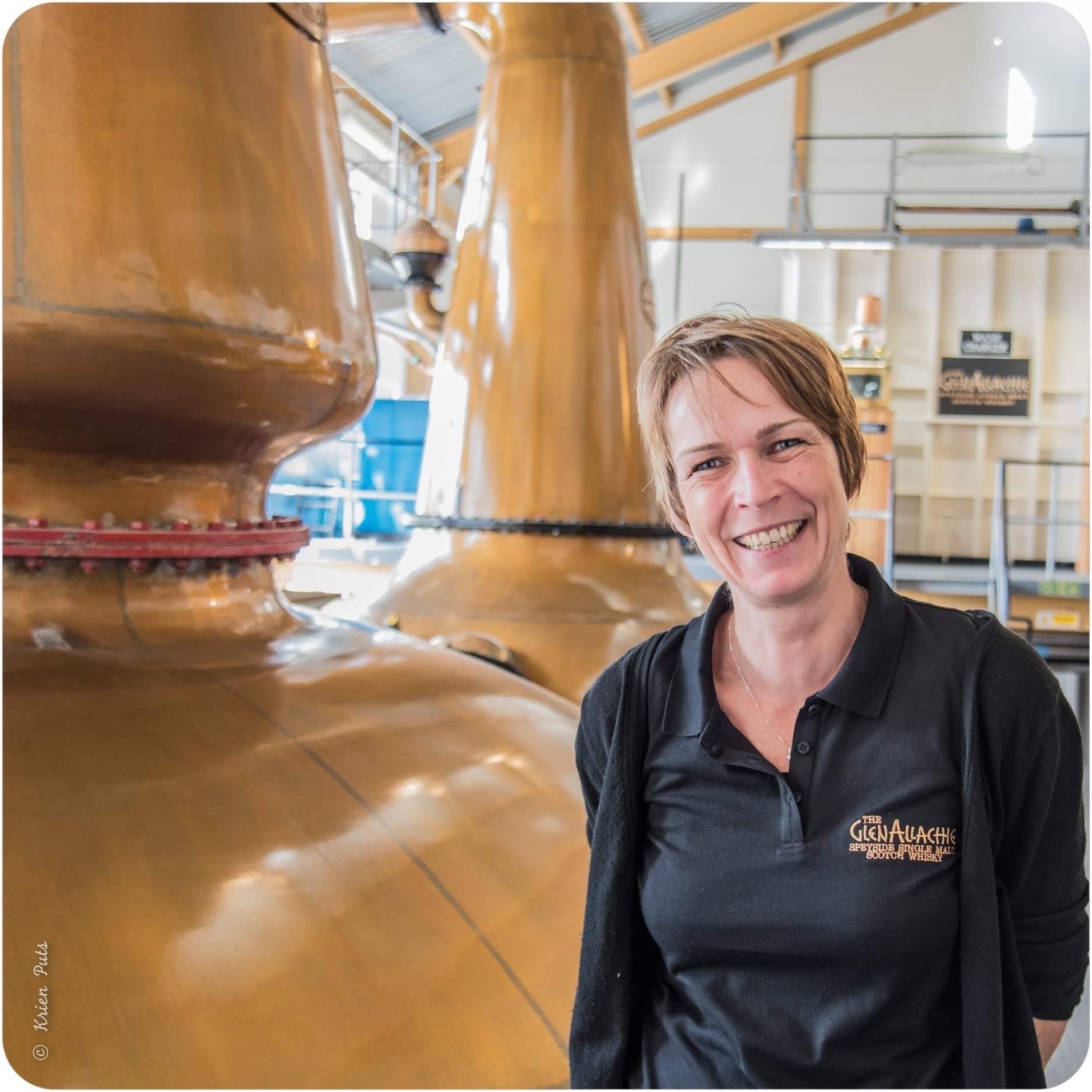 French from birth but Scottish from heart, Juliette joined the GA team in February 2018 as European Sales Manager after 12 years in the whisky industry with Gordon and MacPhail. Besides her love for Whisky, it is the people she meets along the way and the passion so unique to the industry which make her job so enjoyable and rewarding. She is delighted to be part of the GlenAllachie journey ... And what a journey it promises to be! 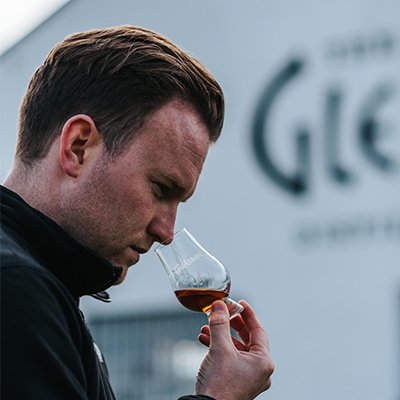 Ronan’s whisky journey started in Campbeltown before leading him north to Speyside and GlenAllachie where he looks after Asia and Asia Pacific markets. 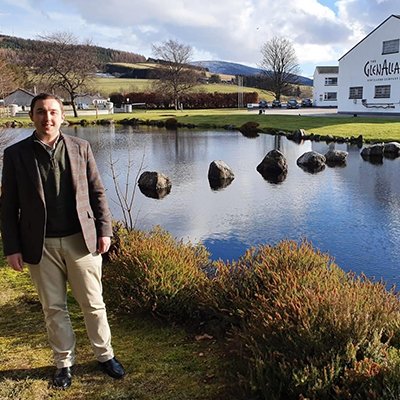 Ben is the UK sales manager at The GlenAllachie Distillery. With over 15 years experience in all aspects of the premium drinks industry from barman, to retailer, to buyer and now direct distribution, Ben has filled almost every role in the industry in getting Scotch whisky to consumers. He is also our self-professed inhouse Whisky geek, always looking to increase his knowledge in all things whisky related. 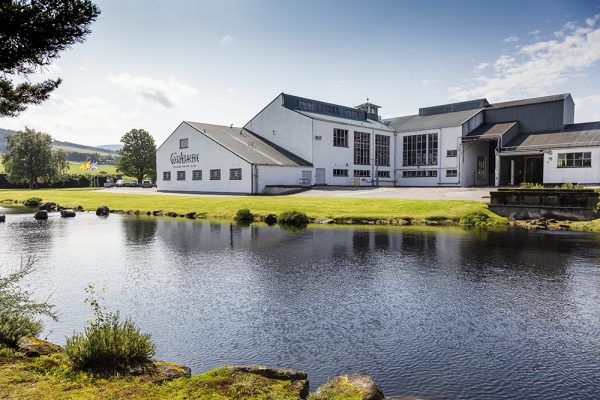 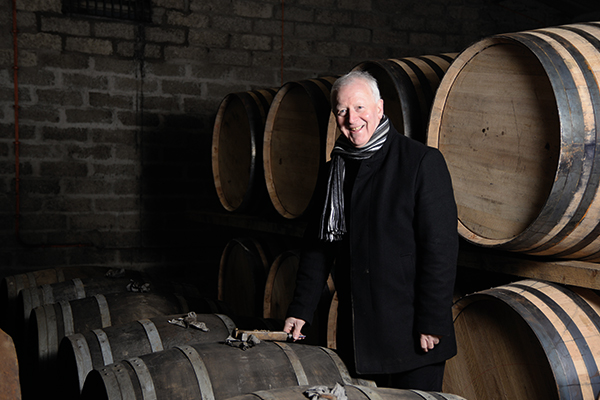