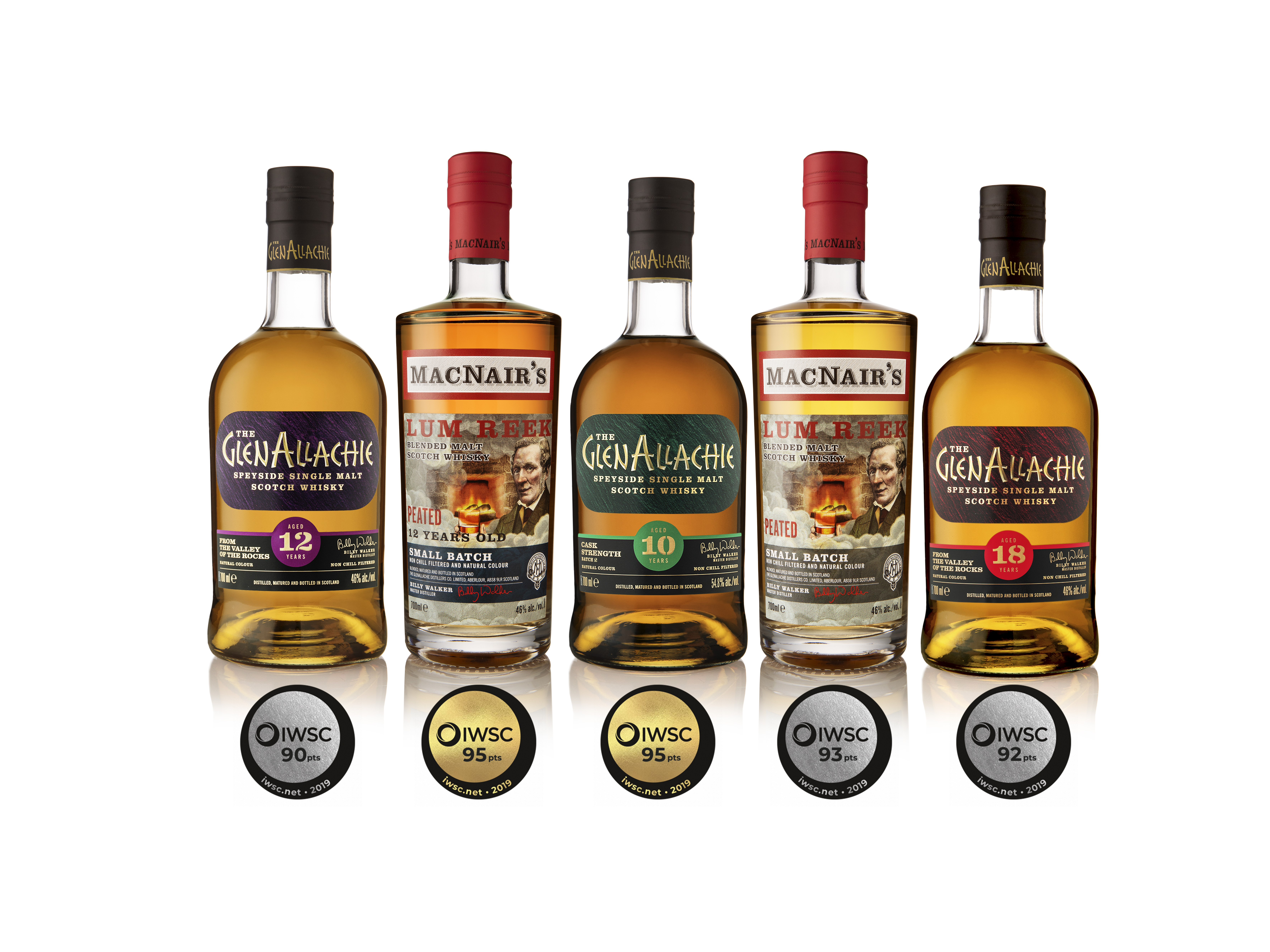 
Results are in for the 2019 IWSC Awards

The world renowned International Wines and Spirits Competition (IWSC) results have been announced, and we are over the moon to share the news that we have won five medals across the range of GlenAllachie Single Malt Scotch Whiskies and MacNair’s Blended Malt Scotch Whiskies.

After winning a hat-trick of gold medals this year, the 10 Years Old Cask Strength Batch 2 has gone on to win it’s fourth gold medal at the IWSC awards! With a score of 95 points, the judges said ‘this captivating whisky displays complex and sweet aromatics, including sweet heather honey; juicy citrus fruit; soft, buttery shortbread; soft orchard fruits and creamy marzipan. A delicate vanilla spiciness rounds things off superbly with its lengthy, sweet finish!’ 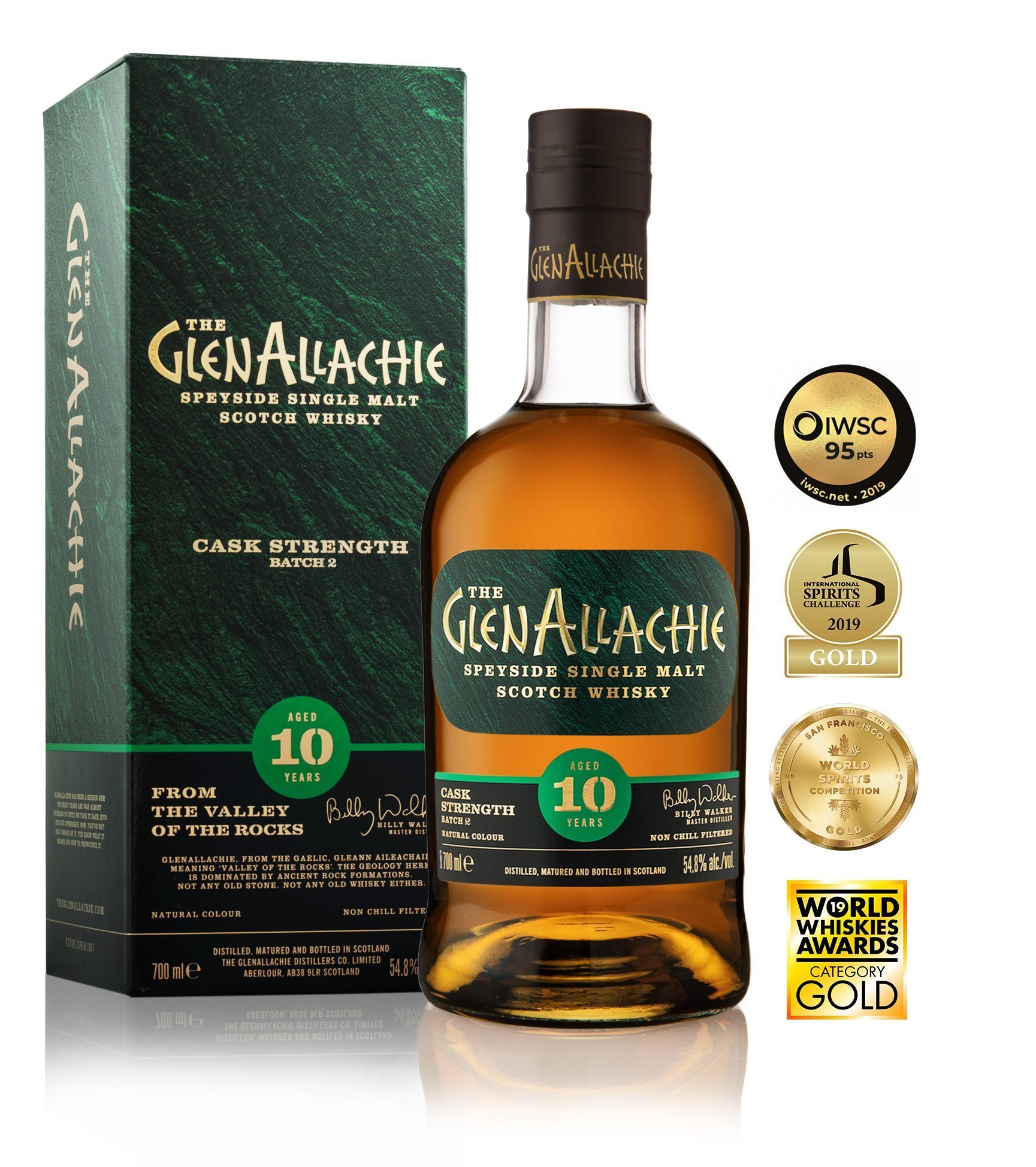 Adding to its collection of medals, our flagship bottle – the GlenAllachie 12 Years Old received a Silver IWSC medal and a fantastic score of 90 points. The judges commented that the 12 Years Old was ‘Aromatic and perfumed, with vanilla, bananas and coconuts on the first impression. Sweet and lifted on the palate, with a light and creamy mouthfeel. This is an easy-drinking example, with a charming bourbon vanilla finish’. 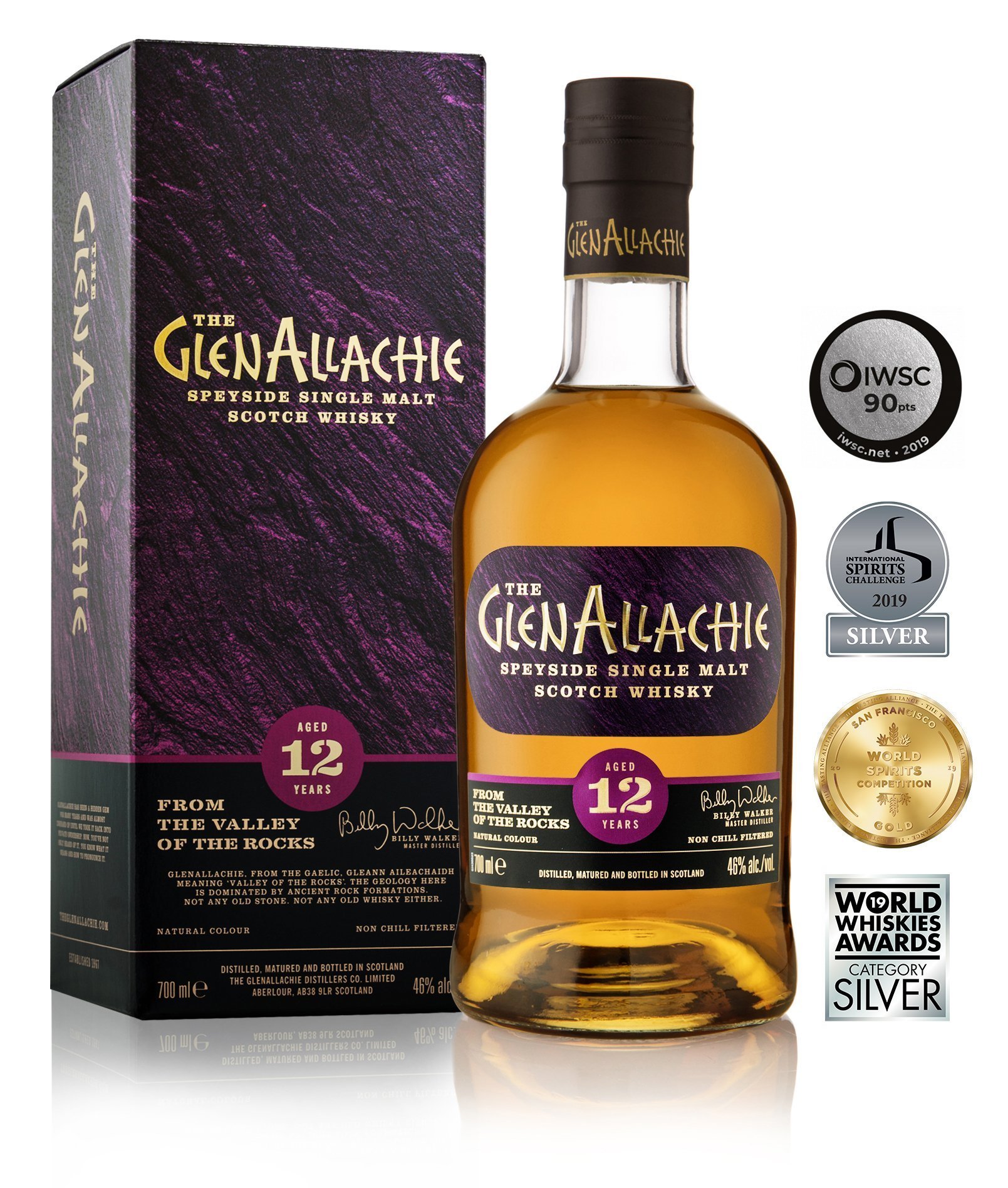 Following its double gold medal success at the San Francisco World Spirits Competition, the GlenAllachie 18 Years Old has been awarded 92 points, and a silver medal at the IWSC Awards.
Judges described the whisky as; ‘A lovely, lightly peated whisky, with the soft smoke mingling with spicy stewed apples and pears. A touch of vanilla lifts it, as does a sprinkling of pepper on the finish’. We are delighted with the recent success of the 18 Years Old, and feel the achievements represent the beauty of the whisky. 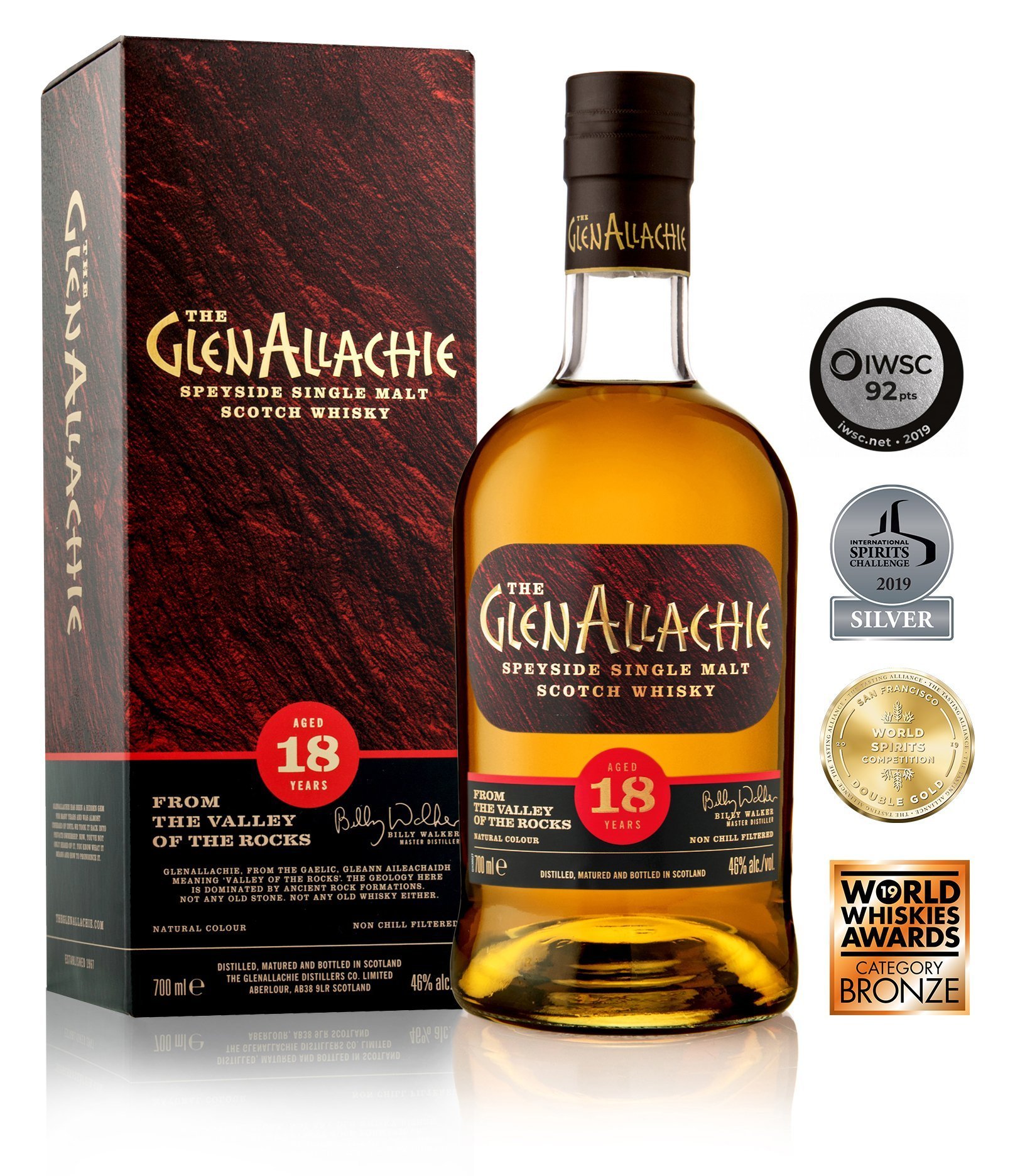 With an amazing 93 points and a silver IWSC medal, the MacNair’s Lum Reek Peated is going from strength to strength. The MacNair’s range is a vatted malt made up of Peated Islay and Speyside whiskies married together with some older GlenAllachie. The beautiful blend was recently featured in the Whisky Advocate magazine, where it was awarded 87 points in the Buying Guide section. This comes after a gold medal from the San Francisco Spirits Competition. If you haven’t already tried a dram of Lum Reek, we suggest you do so! 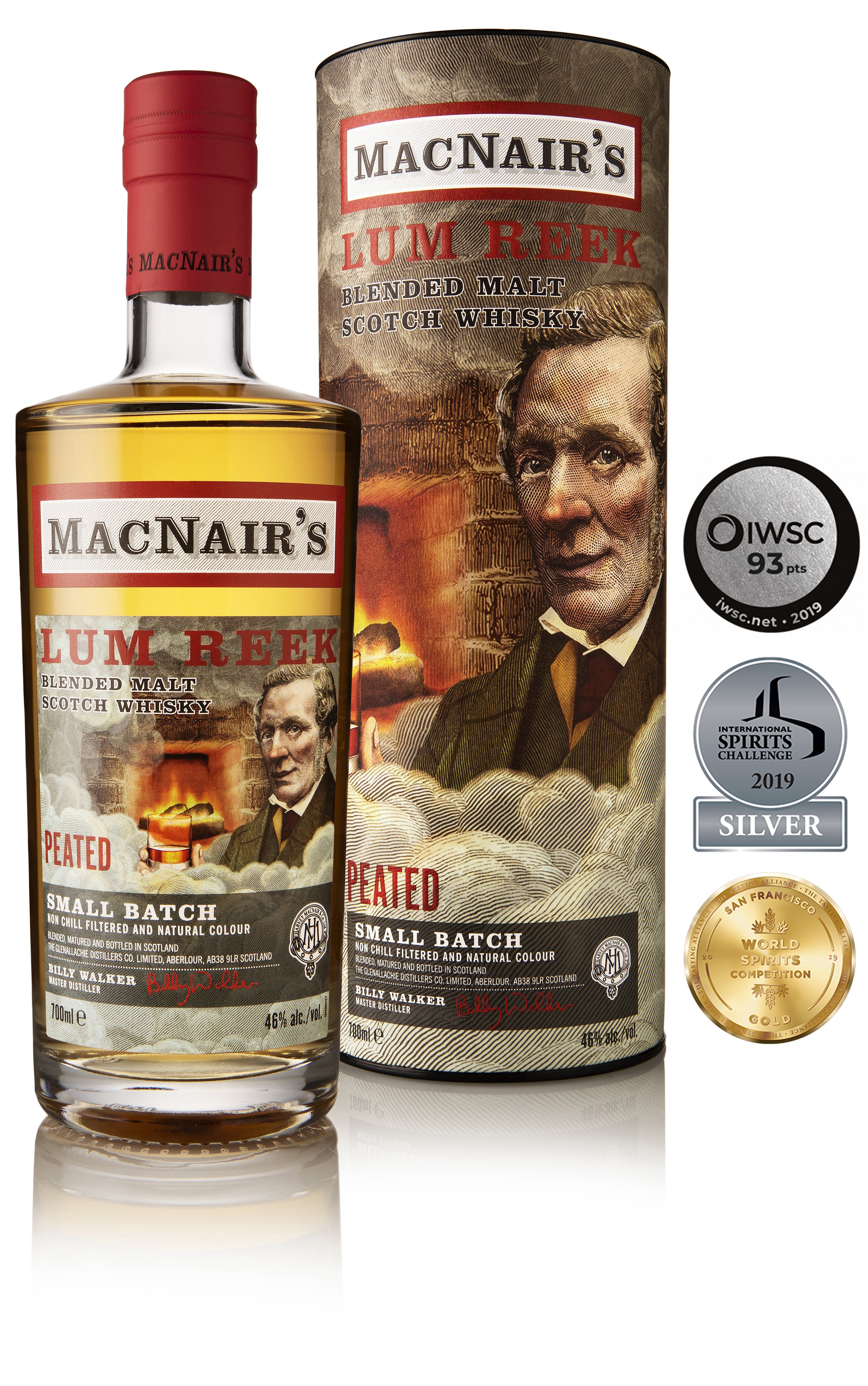 We are thrilled to see the MacNair’s Lum Reek 12 Years Old win a gold medal and 95 points at the IWSC awards. The whisky was recently featured in the Whisky Magazine’s Recommended list, with scores of 8.4 and 8.6. The judges described the expression as ‘A very gentle Islay example, sedate and restive’. Furthermore, the Whisky Advocate buying guide rated the dram a fantastic 89 points, confirming that the MacNair’s 12 Years Old is worthy of its recent awards success! 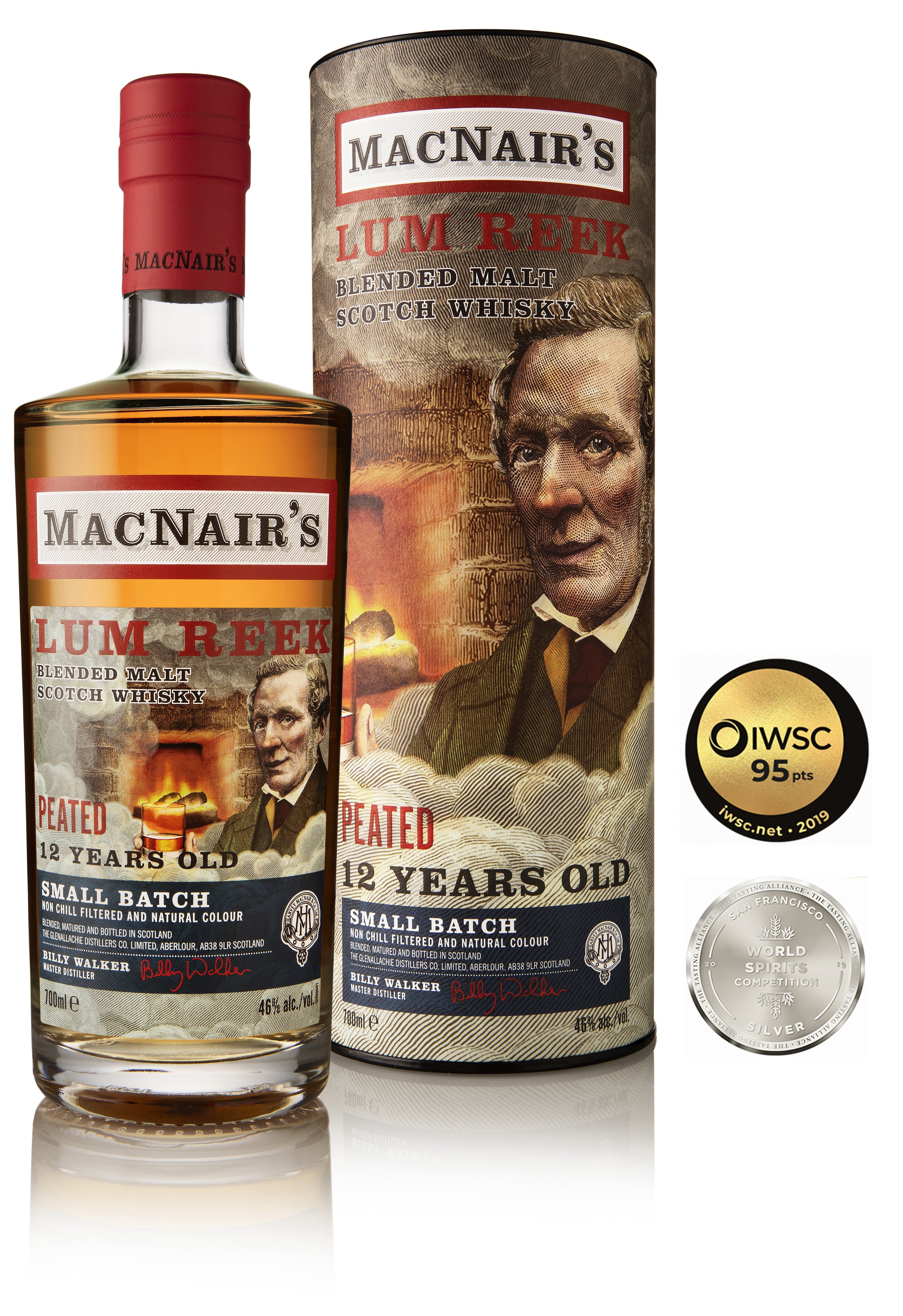