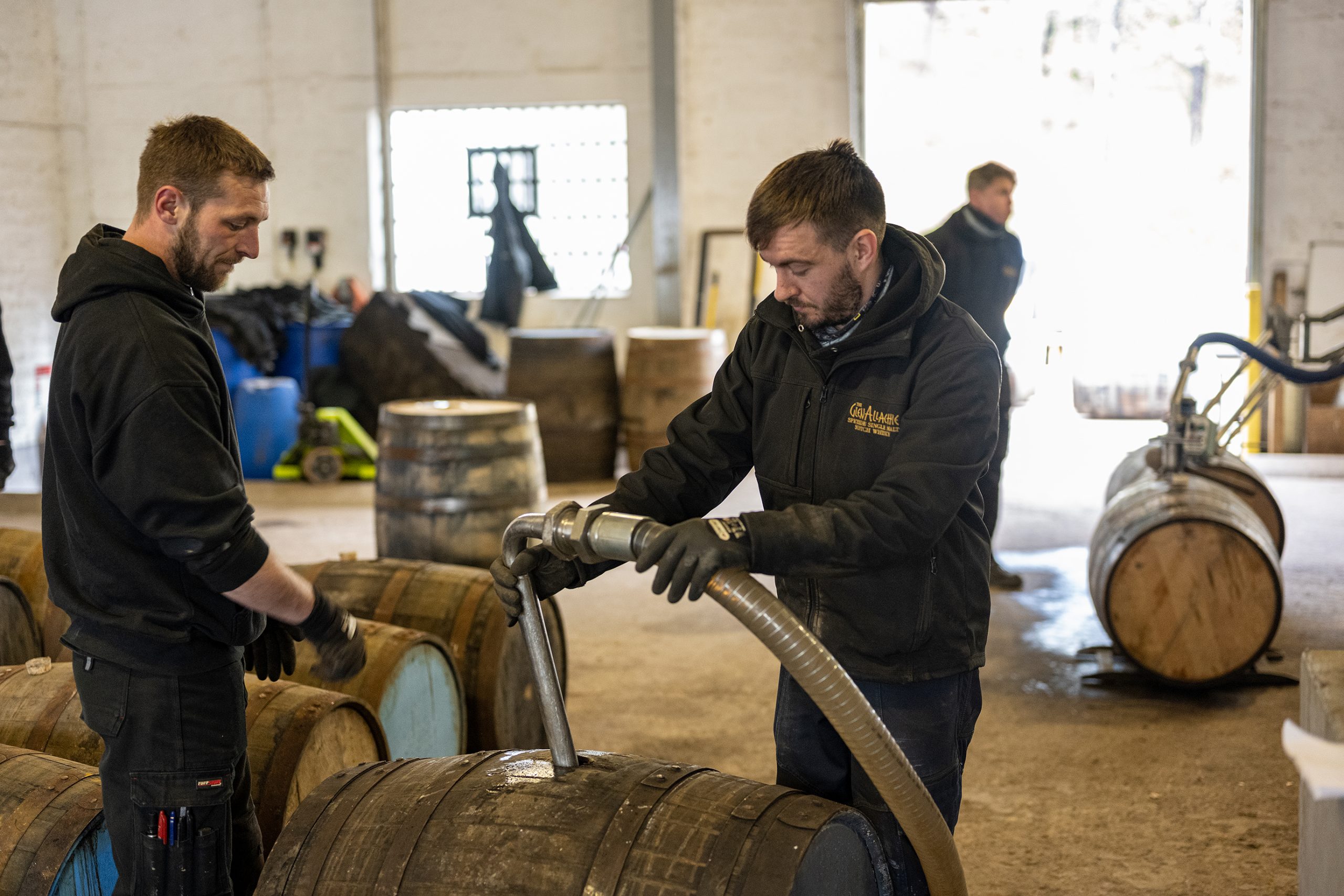 The regulations of the Scotch Whisky Association specify how a whisky is distilled, in which casks it must mature and for how long, and with what minimum alcohol content it must be bottled so that it can be called a single malt. What is missing, however, is the information on the alcohol content with which the clear and colourless new make spirit may or should be filled into an oak cask. This is different in the US, where the alcohol content of the fresh distillate, which is to mature into bourbon whiskey, may not exceed 125 proof (this corresponds to 62.5% abv) when filled into a barrel.

For Scotland, this means that the choice of filling strength is, to a certain extent, free. It is therefore all the more surprising that the majority of Scottish distilleries fill their oak casks with 63.5% abv. And this is not only true in Scotland, because many distilleries outside the country (e.g. in England, Scandinavia and Europe) proceed in this way. But why such a crooked number? This suggests that scientific knowledge is the basis here. And indeed, this is the case. Results of scientific research showed that the optimal strength for maturation in Scotland was 63.5% abv, as this gave a consistent maturation time and a more balanced flavour. For this reason, it was decided in the 1980s to standardise bottling strength, which then allowed blenders to blend with greater freedom, knowing that all distilleries were taking the same approach. It also facilitates the common practice in Scotland of cask swapping and trading among the various blenders. Apparently, filling a cask with a “standardised” alcohol content of 63.5% abv is the best compromise between quality, time and economic aspects, such as storage, handling as well as management of the casks.

But there are always deviations from the norm, right? For example, in addition to the 63.5% abv, various distilleries also fill their casks with higher alcohol strengths or even do without the standard filling strength of 63.5% abv altogether. From a purely financial point of view, a higher filling strength makes perfect sense, because filling at 71% abv, for example, saves about one per ten casks compared to the typical 63.5% abv. In the long run, a saving in volume and warehouse capacity, and ultimately in money. If the financial advantages are so obvious, the question arises as to why many distilleries nevertheless stick to 63.5% abv? The answer is: the filling strength influences the maturation period and ultimately the characteristics of the whisky. Why? Well, we have to go a little further for that. 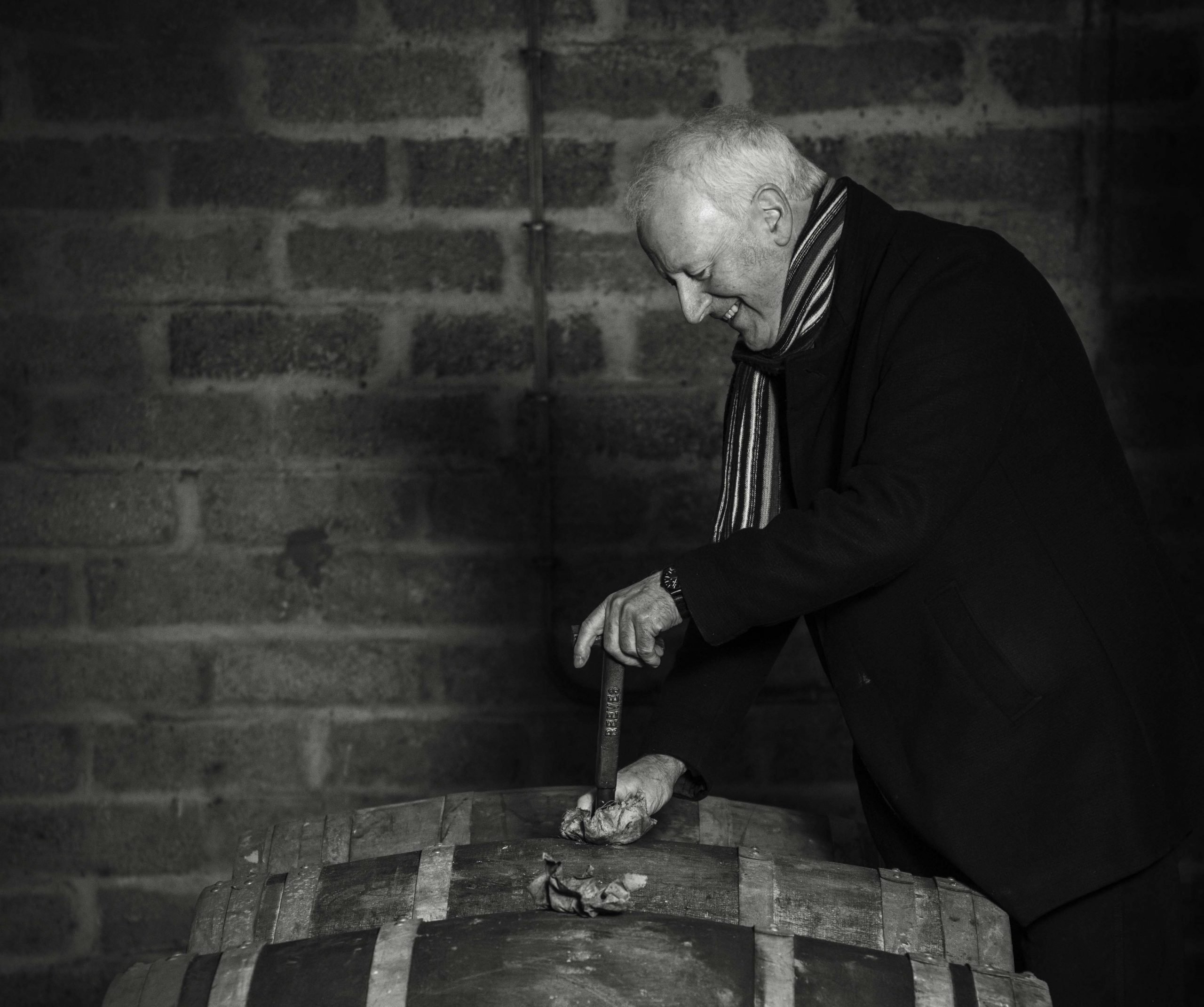 Oak contains naturally occurring volatile components such as organic acids (acetic acid, fatty acids), phenols, hydrolysable tannins, eugenol (the main aroma substance of cloves), vanillin and ring-shaped esters, so-called lactones. The casks made from oak are toasted or charred on the inside by means of heat or fire before they are filled for the first time. During this exposure to heat, chemical reactions take place with the three solid wood components – cellulose, hemicellulose and lignin, which are per se odourless and tasteless – leading to mostly organic, volatile and above all colour- and aroma-intensive compounds, so-called congeners, in the oak staves. Hemicellulose consists of different sugar molecules that caramelise when exposed to heat and also form chemical compounds that give off aromas of nuts (walnut, almond, hazelnut) as well as caramel, candyfloss, liquorice and buttery notes. Similar flavours are formed by the thermal degradation of the more stable cellulose. From their sugar building blocks – these are long chains of glucose – various ring-shaped products are formed by heat, which release notes of dried fruit and roasted almonds into the maturing distillate. Lignin, on the other hand, contains no sugar in its polymeric structure and, when exposed to heat, transforms into a wide range of flavours, producing spices, most notably cinnamon and cloves, vanilla, chocolate, as well as smoky, medicinal, fruity and green, grassy notes.

All these congeners are just waiting to be pulled out (= extracted) of the cask by the distillate and absorbed. For this to happen, they must first dissolve. These colourful and aroma-rich compounds are usually so-called “amphipathic” molecules. They are also called “amphiphilic”. This is derived from a Latin-Greek hybrid word which means something like “loving both”. They are chemical substances that are made up of two functional parts. They have a water-loving part on one side – this is called “hydrophilic” – and at the same time a fat-loving part on the other side of the molecule, which is called “lipophilic”. The congeners thus have different solubilities depending on their chemical structure. Some tend to be more water soluble (= hydrophilic), such as the hydrolysable tannins, sugars or glycerol. Others prefer the proximity of ethanol, so are more alcohol-soluble (= lipophilic), such as vanillin and the lactones. Therefore, different compounds in the wood are extracted at different rates, depending on the alcohol content of the distillate. While a lower alcohol content (i.e. more water is present in the distillate) favours the extraction of water-soluble congeners from the oak wood, more alcoholic distillates primarily extract the ethanol-soluble wood constituents. According to the experience of some distilleries, the lower the strength, the sweeter and smoother the taste of a whisky. On the other hand, the higher the alcohol content, the woodier and spicier the taste. A higher filling strength also results in a lower content of colour and volatile acids in the matured whisky later on. In addition, very high-proof spirits mature more slowly. These practical findings also have a scientific basis, at least in the case of American and Canadian whiskeys. Several investigations with different filling strengths led to the results that colour, solids, volatile acids, fusel oils and tannins decrease with increasing filling strength. One exception worth mentioning is the fruity esters, which remain constant over the maturation period and do not seem to be influenced by the filling strength. 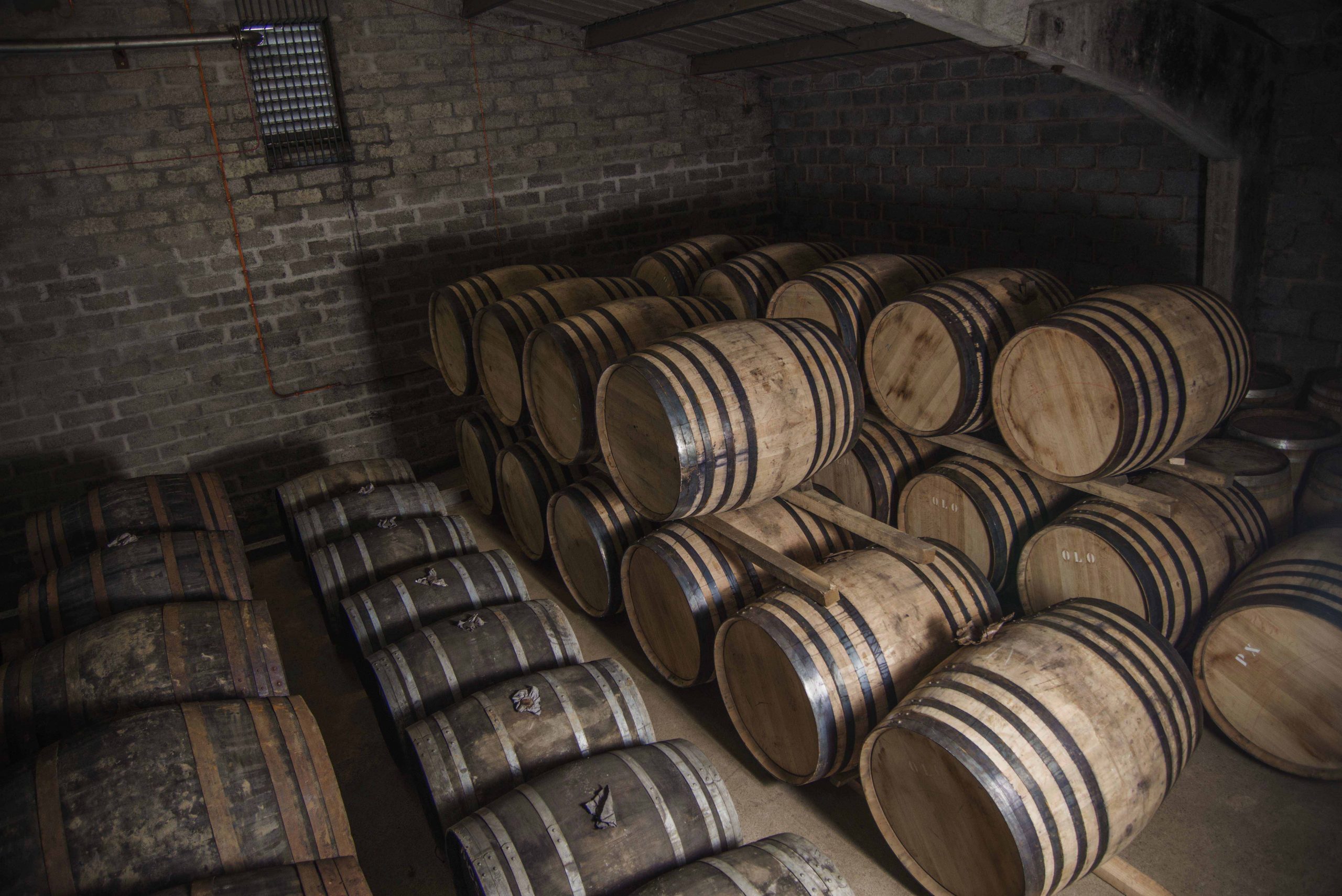 In addition, there are distilleries that choose the filling strength according to the respective pre-filling of the oak casks. In Scotland, a very large proportion of the fresh distillate is matured in former bourbon barrels from the US, which – as mentioned above – were previously filled with a maximum of 62.5% abv. In order to be able to extract sufficient flavour and colour from these used bourbon barrels, it is necessary to fill them with a somewhat higher alcohol content than that of the previous contents, i.e. with at least 63.5% abv. The same procedure is followed with former rum barrels. Fresh oak casks, so-called virgin oak casks, on the other hand, may be filled with a lower alcohol strength of 60% abv and below, so that the taste of the wood does not become too dominant. The same is done with former wine casks, for example, as these were originally filled with a less alcoholic liquid (e.g. red wine, sweet wines such as sherry, port, madeira, marsala). Some distilleries fill the casks prefilled with a lower alcohol content with a lower filling strength of about 55% abv, and then increase the filling strength with each refilling, until in the end it reaches about 65% or more. This principle is also known as “cask education”.

At The GlenAllachie, oak casks are filled with four different filling strengths: besides the “industry standard” of 63.5%, these are 65%, 67% and 69.3% abv. Depending on the cask type and intended maturation time, this results in interesting twists in the taste, which is great for innovative bottlings and limited editions. A limited bottling from the core range series is the GlenAllachie 10 Years Old Cask Strength Single Malt. This is bottled undiluted after the oak casks have been emptied, with natural colour and no chill filtration. After Batch 4, which recently won the ultimate “World’s Best Single Malt” award at the World Whiskies Awards 2021, the successor, Batch 5, has now been launched. A wonderful, balanced and tasty single malt, in which the flavours of the individual casks – Pedro Ximénez & Oloroso Sherry Puncheons, Virgin Oak Casks and ex-Rioja Red Wine Casks – harmonise very well with each other and result in a wonderful melange of sweetness, fruit, honey, chocolate and oak spice. 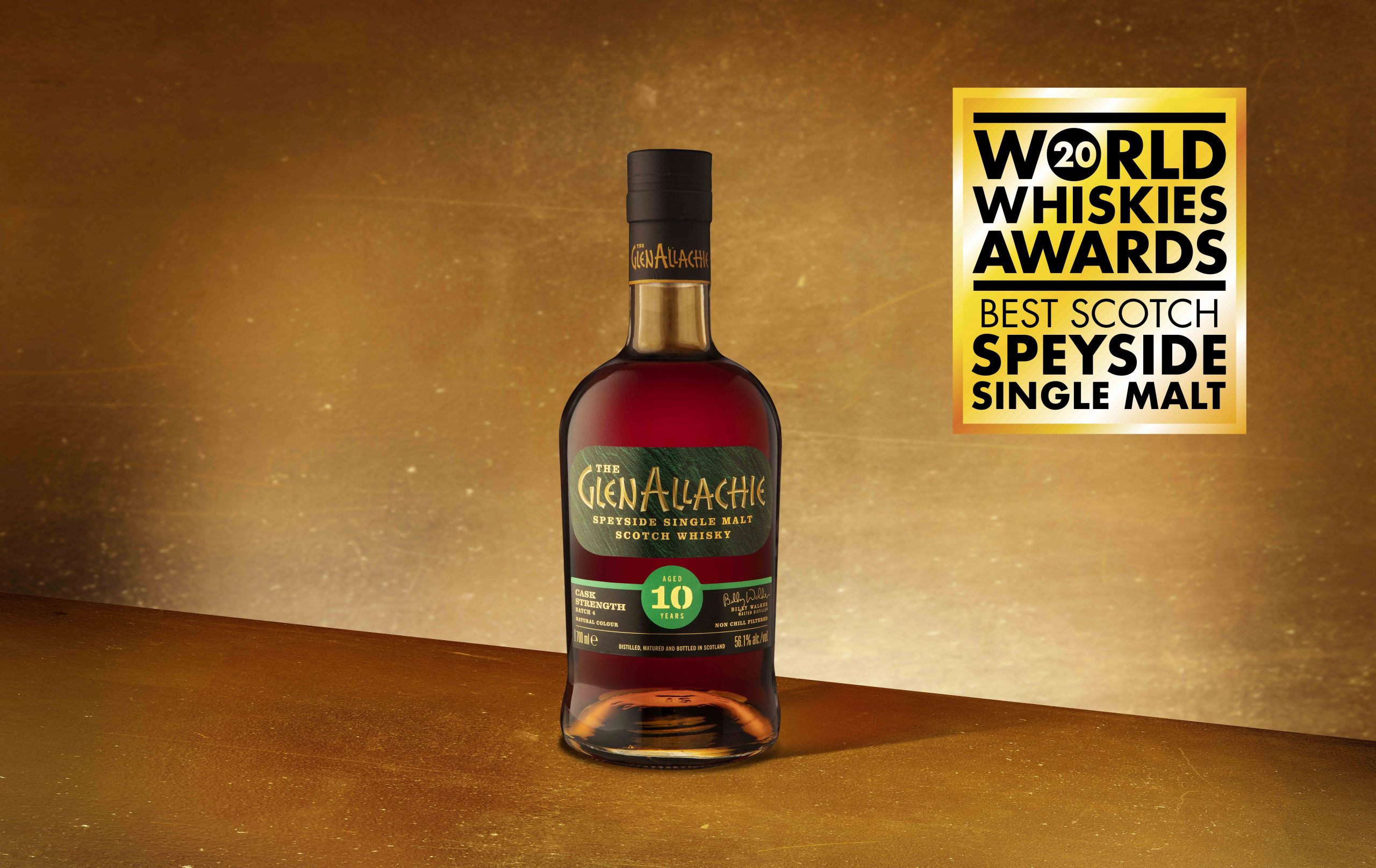 In addition to filling strength, the type of oak, size of the cask, type of warehouse, ambient temperature, humidity and position of the cask in the warehouse also play a decisive role in the way of transforming a spirit to whisky, which will not be discussed in detail here. In addition to these parameters, however, time and patience are the proven approach to making a whisky smooth and round.

Heinz Weinberger has a doctorate in chemistry and turned his hobby into profession in 2016. As Whisky-Connaisseur (www.whisky-connaisseur.de), he is now intensively involved with the amber spirit, is author for several whisky magazines, presents whiskies at small fairs and moderates various tastings. As a scientist, he also has a special interest in the chemical processes during the production and cask maturation of the fresh distillate to finest single malt. For distilleries that want to delve deeper into this scientific matter and understand whisky on a more molecular level, so to speak, he also offers corresponding scientific seminars. 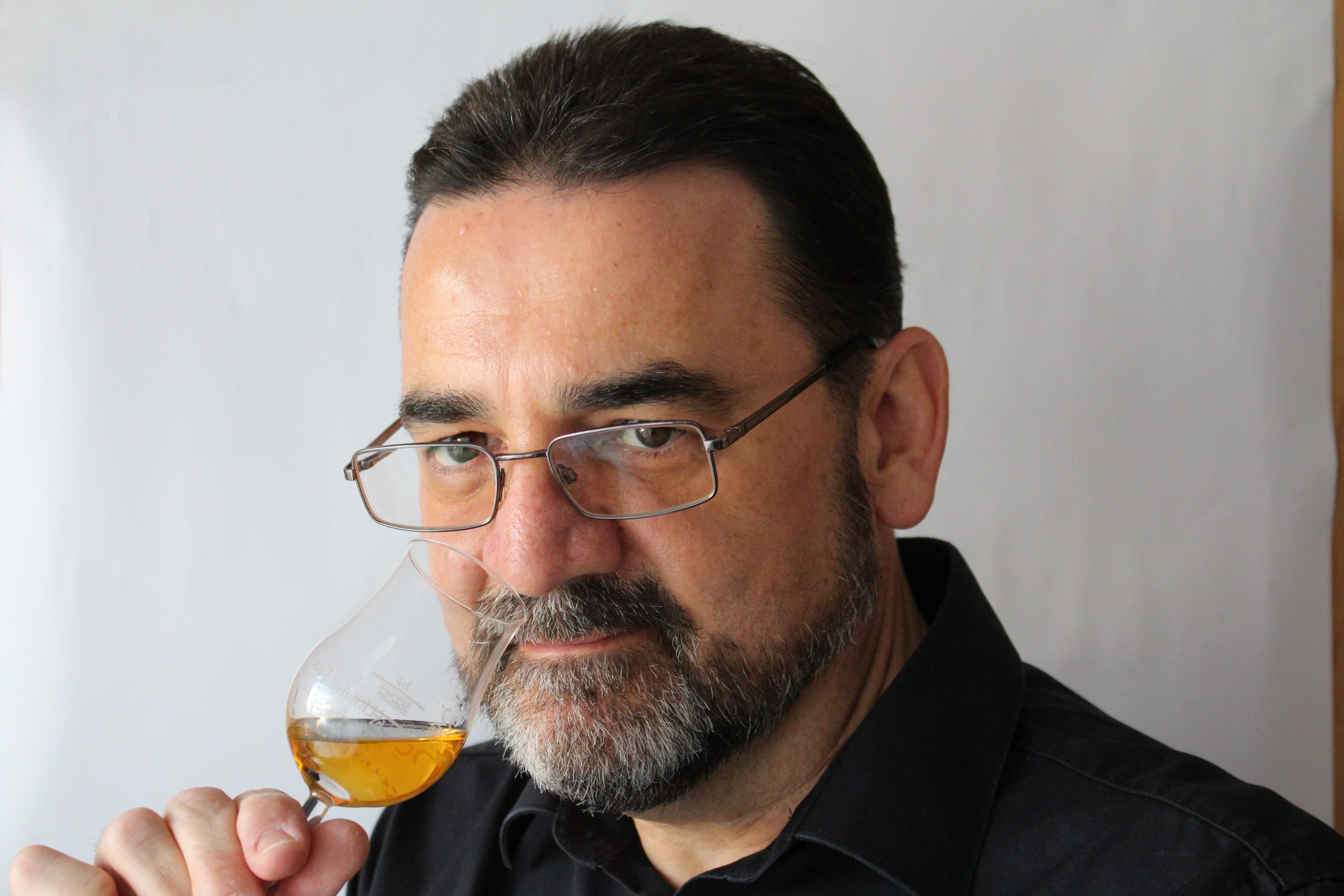 OLDEST CORE RELEASE TO DATE UNVEILED BY THE GLENALLACHIE