Fantastic 50th Award for the GlenAllachie 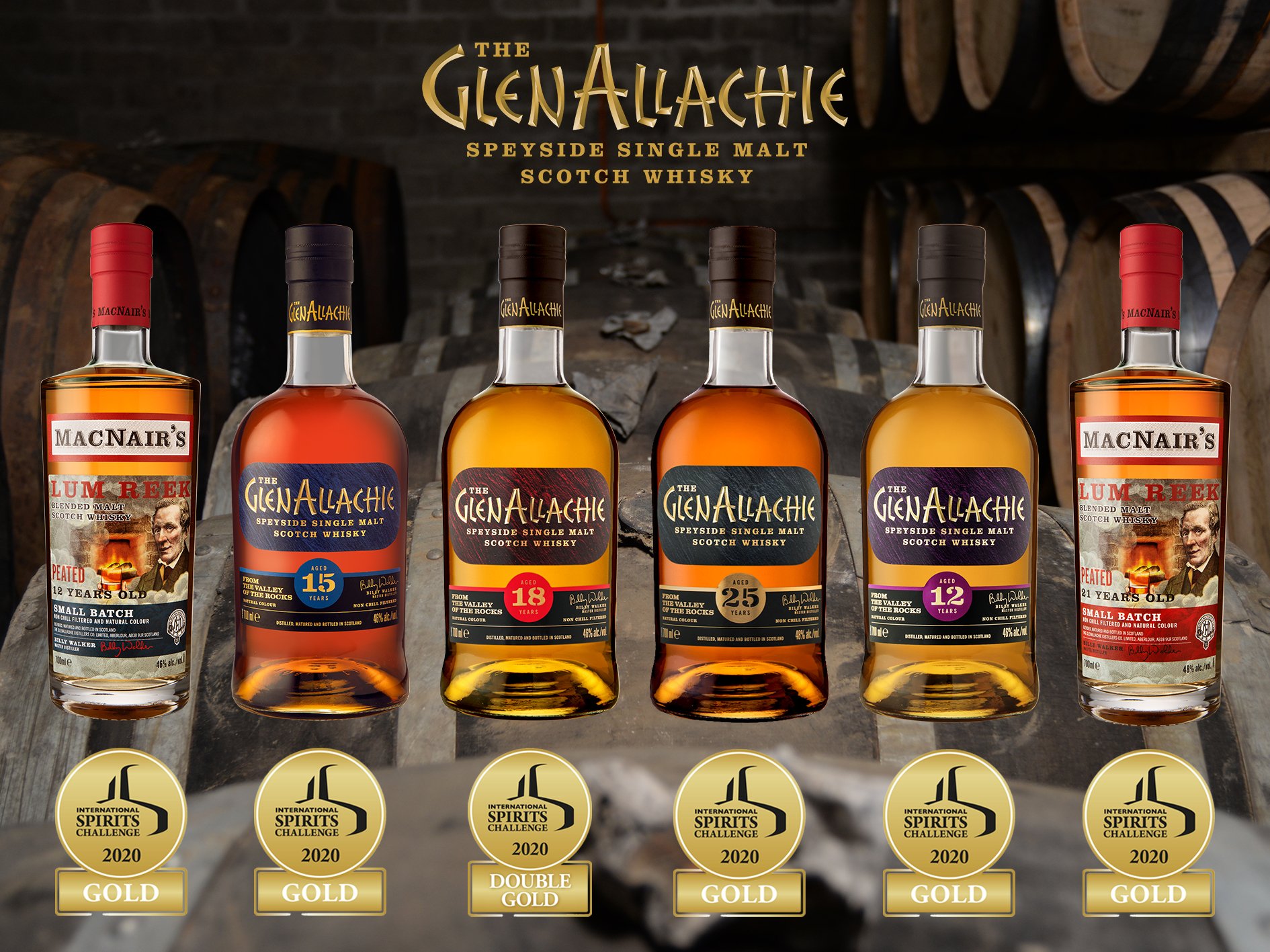 We are delighted to have won our 50th award in only 3 years with news of a prestigious Double Gold and five Golds at this year’s International Spirits Challenge (ISC).

The 18 year old, which has rich notes of dark cherries, spices and subtle hints of dark chocolate, has previously won several awards, including a Double Gold at the San Francisco World Spirits Competition and a Gold at the Scottish Whisky Awards in 2019.

The three other Golds went to the 12, 15 and 25 year old of The GlenAllachie Speyside Single Malt Scotch Whisky range.

Now in its 25th year, the ISC promote outstanding quality spirits from across the globe. The competition receives more than 1,700 entries from nearly 70 countries.

Commenting on the latest award wins, Walker said: “Winning any kind of award is a proud moment, but to be awarded a Double Gold and five Golds at the ISC is fantastic news. Not only that, this takes us to 50 awards since acquiring the distillery back in 2017.

“Our core range of single malts is very close to my heart and I’m particularly proud of the 18 year old which has won the recognition of so many whisky enthusiasts and judges around the world. It doesn’t seem that long ago since we started this new chapter in the life of The GlenAllachie Distillery, so it’s been incredibly rewarding to see our spirit being recognised consistently at awards events like this.”

Things To Do In Aberlour