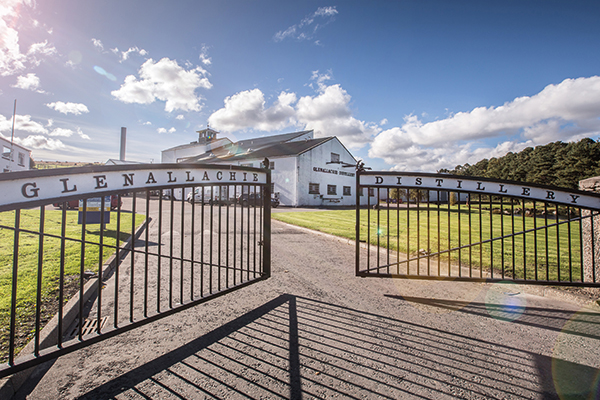 As the new owners of The GlenAllachie Distillery, near Aberlour, we are proud to unveil our ambitious expansion plans for the business after completing the acquisition of the Speyside site from Pernod Ricard in a multi million pound deal.

Billy Walker, Graham Stevenson and Trisha Savage, who came together as The GlenAllachie Distillers Company Ltd to make the purchase, plan to launch a range of premium quality yet affordable whiskies in domestic and export markets.

Our key targets include emerging markets as well as more established markets such as France, Germany and the United States.

We will work with distributors that share our focus on quality drinks brands.  Plans include releasing a range of aged whiskies from a 10 year old to 25 year old.

In the future, we will develop a range of single cask bottlings and special edition whiskies. 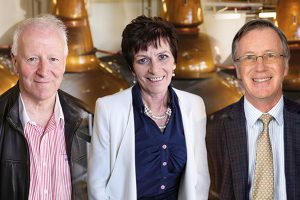 Across the senior team the three directors of The GlenAllachie Distillers Company have almost 100 years’ experience in the Scotch whisky industry.

The consortium has also bought MacNair’s and White Heather, a pair of blended Scotch whisky brands, which it plans to rejuvenate with a various range of ages.

The company was ultimately sold to American drinks giant and Jack Daniel’s owner Brown-Forman last year, earning Walker the accolade of “Entrepreneur of the Year” at the 2016 Scotland Food & Drink Excellence Awards.

Walker said:  “There are so many exciting opportunities in the whisky industry and the outlook for Scotch in emerging markets has never looked brighter.

“The GlenAllachie Distillery has been in good hands and I’m delighted to have the opportunity to become the custodian and continue the development as a single malt.

“At fifty years old, it may be one of the younger distilleries on Speyside but the range of casks we have warehoused is tremendous, with whisky dating back to the 1970’s. Our aim is to nurture this liquid, develop the single malt and a range of blends that will be admired both home and abroad.”

Trisha Savage worked with Walker at both Burn Stewart and BenRiach, while Graham Stevenson is a former managing director at Inver House Distillers.